This event followed up the first Microtransat in Toulouse during June 2006, it took place in Cardigan Bay off Aberystwyth (West Coast of Wales, UK). It was intended to give competitors a chance to sail in the sea for 24 hours and to experience some of the challenges associated with sailing in open sea for a prolonged period of time. A total of four teams from Aberystwyth University, ENSICA/IUT de Nantes, Queens University and INNOC took part.

This race took place between the 3rd and 6th of September 2007 and was hosted by Aberystwyth University, it coincided with the TAROS (Towards Autonomous Robotic Systems) Conference. 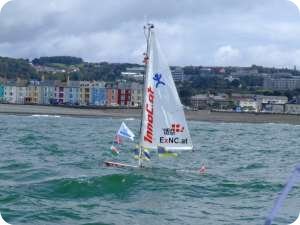 Unfortunately the short race was late starting on the Monday and as a result the longer (10km) race didn't take place. Only two teams (Queens and INNOC) took part due to technical faults with the Aberystwyth boat and the late arrival of the ENSICA/Nantes team as their van broke down en-route. The two teams who did take part both managed to cover a reasonable distance along the course, but neither actually completed the entire course. 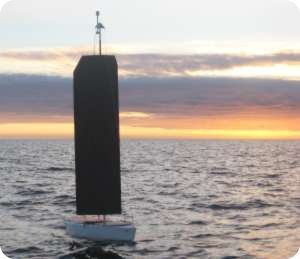 The 24 hour race was more successful, all four teams were able to take part. The ENSICA/Nantes team suffered a fault with their GPS in which it refused to work to the west of the Greenwich Meridian, they were able to work around this by mounting a mobile phone with a bluetooth GPS onboard, having this relay the position to shore every minute and then feeding a desired heading back to the robot via a radio modem. Despite this limitation they sailed for a total of approximately 3 hours.

The Queens team had decided not to stay out overnight as they did not have sufficient battery capacity to last through 12 hours of darkness (and therefore no power from solar panels), however they were able to successfully sail for 6 hours and repeatedly covered the original course laid out on the Monday.

The Aberystwyth team planned a triangular course consisting of three waypoints, one approximately 7km west-southwest of Aberystwyth, one 3km north-northwest of Aberystwyth and a final waypoint 1km west of the harbour entrance. They sailed for approximately 19 hours, reaching their final waypoint at around 7am at which point they decided to return to the harbour as the tides either required them to return at that point or 6 hours later.

The INNOC team repeatedly sailed a circular course approximately 1km west of the Aberystwyth castle. They were able to sustain this for a full 24 hours.

The INNOC team were announced the winners by the judges, who released the following statement:

We are very pleased to announce that the overall winners of this event were the RoBoat team from Austria. This team demonstrated true Autonomous sailing for the full 24 hour period of the challenge and a very robust control system. The physical craft, however, will almost certainly need some serious modification for a Transatlantic challenge.

All the teams should be commended for their dedication and hard work.

It was unfortunate that, due to software issues, the judges were unable to witness the full potential of the ENSICA boat from France.

The Aberystwyth boat was considered to have the greatest potential in the context of the overall challenge, to cross the Atlantic autonomously. They achieved a very respectable 19 hours autonomous sailing.

The MAST team from Canada are commended for physical craft design and build quality. This craft sailed very well in calmer conditions and a larger version could do very well in a Transatlantic challenge.

Congratulations to all the competitors, and good luck with your modifications, preparations and fundraising for the main event!