SeaLeon found in Ireland, four months after contact was lost in the mid-Atlantic

After its last position report on October 14th last year from the middle of the Atlantic, Dalhousie University's boat SeaLeon was found on February 21st at Trahan Strand near Castletownbere, Country Cork, Ireland.

The recovered hull looks to be in one piece but the sails are badly torn. The team hope they will be able to get the boat back and discover what went wrong. Some pictures of the boat can be seen in this report from CBC. 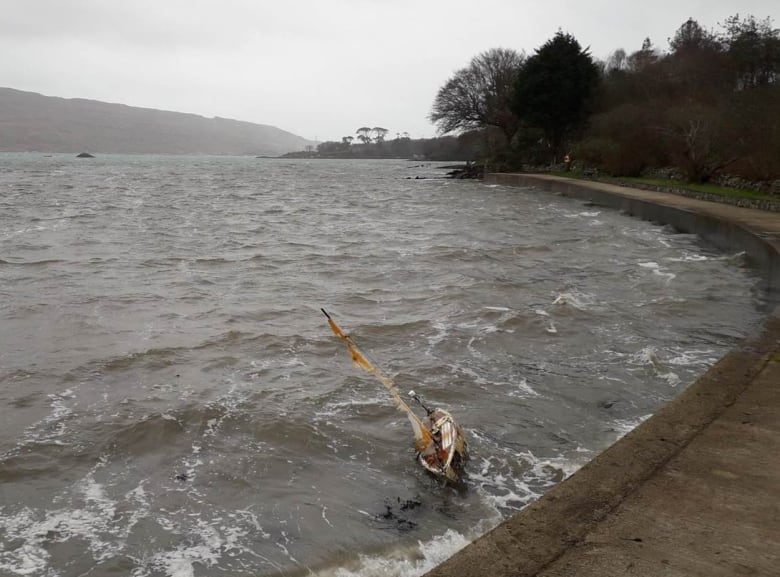