Between 4:00 and 5:00 UTC today SB Met reached its target zone within 25km of the Microtransat finish line. This makes it the first boat to complete the challenge. SB met has travelled over 5000km in 79 days since leaving Newfoundland on June 7th. Over the previous eight years there have been 23 unsuccessful attempts. The best of these being another Sailbuoy boat, SB Wave which got about halfway across the Atlantic last year.

The result is still provisional and awaits a final jury decision after the boat is recovered and its onboard log data is analysed. The team have now opted to sail her back to Norway, so it will be a few weeks until this can be done. The Microtransat site does not track the progress of boats which have completed, but SB Met's journey home can be followed on the team's own site sailbuoy.no

The Microtransat Challenge will continue. Several titles are still to be claimed including completing the East to West (Europe to America) route, the non-sailing class and the autonomous division. Then there will always be the challenge of completing the crossing faster and with smaller or cheaper boats than before. 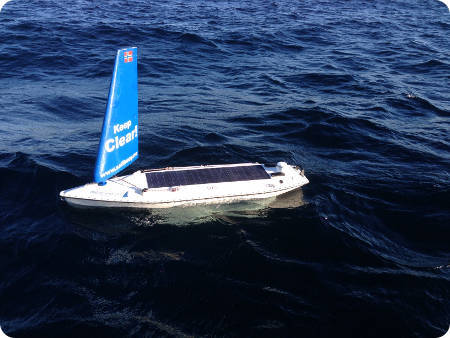