Yesterday evening Gortobot v3 became the latest boat to launch a Microtransat attempt. This boat features an unusual design based on a surfboard with only the sail controlling its direction.

This is the 3rd attempt to cross the Atlantic by the Gortobot. Their first attempt was in 2015 and lasted 11 days. This was with a boat that didn't compete under Microtransat rules. Their second attempt in 2016 lasted only 8 days and was recovered in the Azores in July 2017.

You can track Gortobot's progress on the Microtransat tracking page. 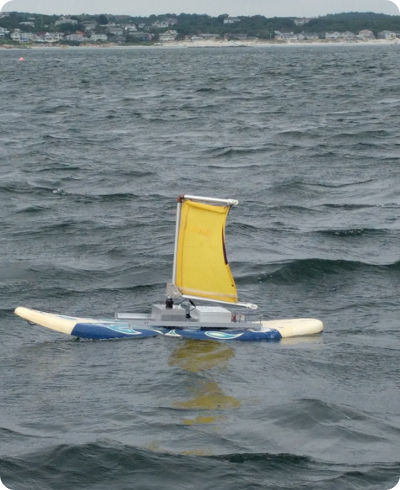